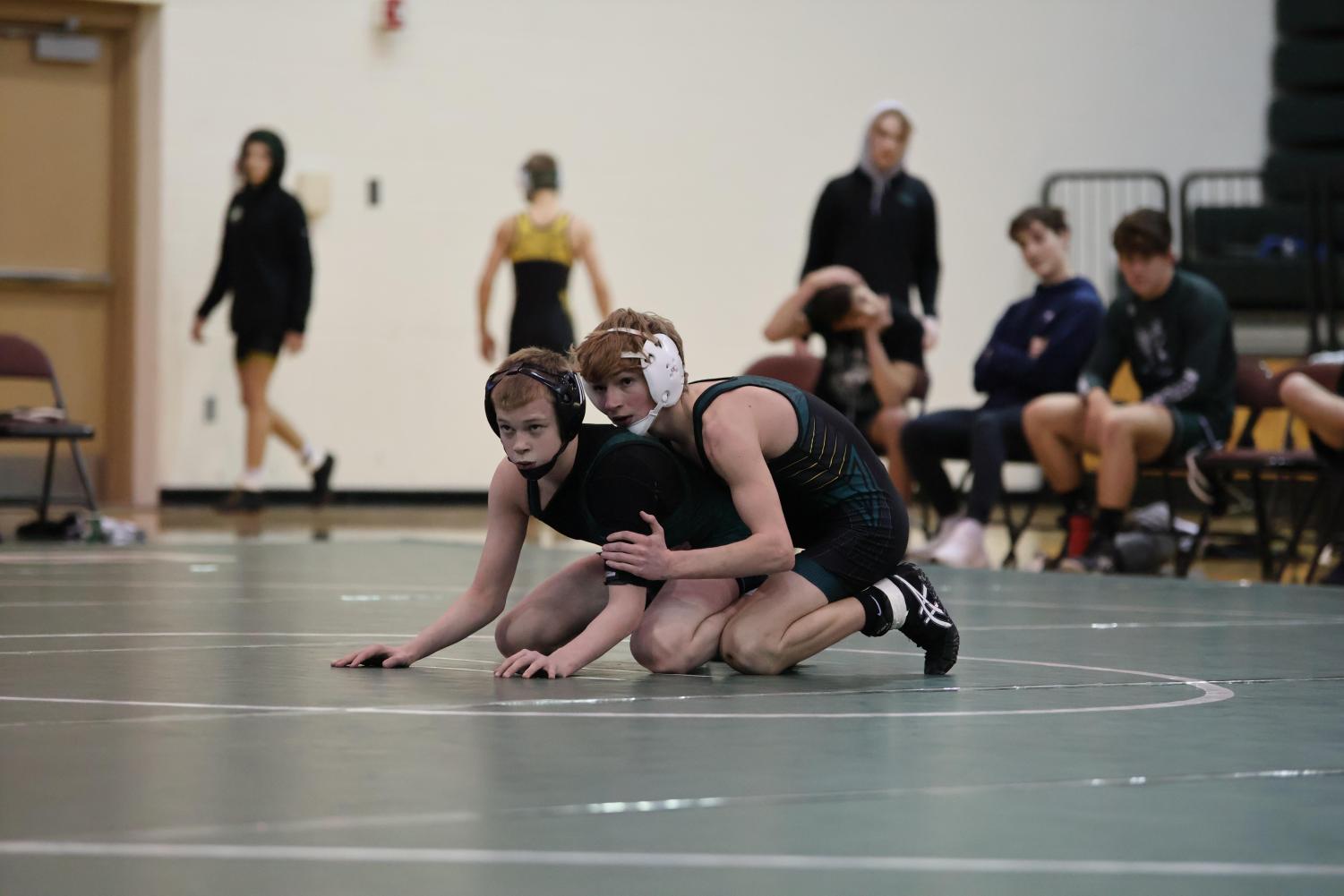 Wrestlers Cameron Cunningham, Josh Arend, Ayden Hall, Jake Lukis and Noah Ference are all graduated and gone. Kale Vice, Dan Roll and Braxton Alley, all three who are returning GHS state qualifiers, lead the pack this year with aspirations to return to CHI at the end of the season in February.
Losing such crucial pieces to a program like these state qualifiers comes with difficulties to overcome. Unlike a college program, there are no guaranteed stars coming in that will make an impact right off the bat. It takes consistent teaching and accountability from the coach to get the new kids in line.
“(We are) starting out the year with so many freshmen,” head coach Jake Smith said. “You have to make sure everything is covered to make sure the young guys understand the sport with the different positions and moves.”
The GHS grapplers had an acceptable season last year, with two state medalists, including 2022 grads Cunningham and Arend, both placing sixth within their weight class. Accumulating a near-perfect record, Cunningham finished his wrestling career 44-7 in the 182-pound weight class. Along his side was co-medalist Arend, who ended with a 43-21 record in the 152-pound weight class. Vice, Roll, Alley, Hall, Lukis and Ference all competed in the state tournament but did not medal.
“We’re definitely going to miss those guys,” sophomore Logan Shuff said. “They were a huge part of our program.”
In hopes of responding positively to losing the five essential leaders, the wrestlers recently went to a tournament in Harlan, a small town in Iowa. While GHS is more technical with their style of wrestling, Iowa wrestling schools tend to get a bit more after it with their hand fighting and physicality. Despite the difference in wrestling technique, they still managed to finish in the middle of the pack.
“It’s a good starter tournament to be able to see some of those middle class Iowa teams,” Coach Smith said. “(There were) more of the farming communities than you’d see at most tournaments in the metro.”